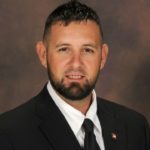 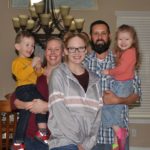 Boys and Girls Country kids participate in a variety of activities, including volunteering at the Houston Food Bank, going to Christian summer camps, and even going on hunting trips. We are always thrilled when alumni reach out to share the story of how these experiences have impacted their lives. Recently, Kelly Ailly contacted Operations Director Quintes Stark to share that he has become a hunting guide for Operation Orphans.

Kelly came to live at Boys and Girls Country after his father passed away in 1995 and his mother started a new life which did not include him. Kelly was forced to deal with grief on his own during his formative years. He did not stay at BGC long, but he knows the impact his time here made.

One of the most important experiences for Kelly was the first hunting trip with Operation Orphans. The people he met while on the trip made a big impression on him. “These people believed in you and I needed that relationship the most. I remembered that program my whole life,” commented Kelly. Now Kelly is a volunteer with the program and guides other kids. He appreciates the opportunity to go through the experience again and make a difference in the lives of children, and he encourages his friends to take part so they can make a difference together.

His appreciation for Boys and Girls Country has grown over the years. Kelly admits that at first he built a wall inside which prevented him from truly understanding the positive impact of his stay at BGC.  But now he recognizes BGC taught him many of the best lessons he’s ever learned. As a father of three, he passes these life lessons to his kids. He has been happily married since 2013 and currently works at TXDoT as a Senior Inspector.

Do you have a memorable experience which shaped your perspective as a kid? We would love to hear about on social media or in the comments below.