In late August 1984, I arrived at Boys Country to live in the Hill Cottage.  I was 13, about to enter 8th grade in less than a week, and I was literally a punk. I dressed in ripped up jeans and punk rock concert shirts and had a bleached blonde, rat tail haircut.  I was a lost little boy on the verge of getting in real trouble, bound for the penitentiary.  As with most Boys and Girls Country kids, my childhood was beyond awful.  There were hungry times, and we moved constantly. By 7th grade, I had attended 12 schools in six states and had lived with various family friends and my sisters for a year each.  All this upheaval created a very unhappy child on the verge of blowing up; it was just a matter of time and opportunity.

Coming to live at BGC can be scary. You have no idea what the teaching parents are like, who the other kids are and how all of them will treat you.  My first dinner was quite an experience. My mom had always done her best to feed me well, but I had never had anything like a dinner in Mamma Hill’s Cottage.  She was in her late fifties and had a very high sing-song voice that I came to understand was filled with actual love for me.  That first meal she said,

“Boys, a new lost soul has joined our flock.  We are going to eat the fatted calf tonight.”

The fatted calf at the Hill Cottage was a huge heaping pile of the most aromatic chicken fried steak this side of Amarillo…what a vision!  I had lived on nothing but ramen noodles, pinto beans and cornbread for most of my life.  Now there was a table piled high with every fixing you could imagine, bowls filled with mashed potatoes, gravy, yeast rolls, creamed corn, and peach cobbler with Blue Bell Ice Cream for dessert.  It was more food than we could possibly eat.

My teaching dad, Willy Hill, lived to work.  He was born a poor farm boy in rural East Texas and managed to provide a nice middle-class life for his wife and two daughters working on the docks of the Houston Ship Channel.  He was small in stature, not much more than five feet tall, but he was a giant of a man.  His voice was the gravelly, booming one of a Marine drill instructor. Papa Hill managed the grounds for Boys Country. He also mowed yards around Waller and Hockley and drove a school bus.  That first Saturday morning he woke us up at 6 a.m to work. It was the beginning of a three-year life lesson in how to survive from Willy Hill: “Boy, you got nothing going for you except one thing: a strong back.  If you outwork everyone you ever work with and always have a second job, you will make it.” Papa Hill passed away before I could tell him that I have had a great life because of his lessons.  I hope that he sees me from heaven and knows what an impact he had on my life. 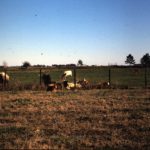 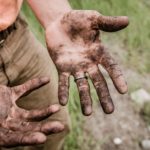 The daily routine and normality of life at Boys Country turned me around so fast.  It’s amazing how that routine made me feel safe and loved.  I had never really passed my classes before arriving at Boys Country.  We either moved before I could fail, or I was just promoted to the next grade so teachers wouldn’t have to deal with me anymore.  The state of Texas had written me off and was just waiting for me to drop out. But Mamma Hill had a two-hour study hall every night after chores.  She stood over me those first few weeks and made me do my homework.  I made the honor roll on my first report card and for the rest of that year.

Sundays at Berean Baptist Church in Houston were life-changing.  Right away, I was mesmerized by the sermons of Pastor Lester Hudson, another East Texas farm boy who followed the call to preach to teenage boys.  I was already a big fan of history and Pastor Hudson used historical examples in his preaching.  In fact, most Sunday night sermons centered on the history of the Old Testament, which was infinitely fascinating to me.  I learned to work hard from Papa Hill, and Pastor Hudson brought me to the cross.  Looking back over my life, Jesus put me in Boys Country so that I would accept his gift of salvation and learn to “earn my keep by the sweat of my brow.”  Those are the two blessings of my time at Boys Country: one saved my life, the other my soul. 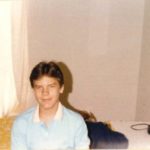 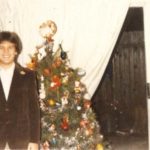 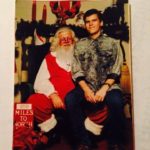 At the end of the 1987 school year, I decided to move to Atlanta, Georgia to live with my mother again. We went through many rough years, and I started and stopped college classes several times. I worked hard, often in hotels pulling double shifts.  To this day, I don’t know if my departure was a mistake or just part of my journey; it might even have been what God wanted for me.

In 1997, 10 years after leaving BGC, several of my church friends really pushed me to go back to college.  I tried two night classes at the local community college.  I was a store manager of a cellular sales store, and it was difficult to balance school and work, but I made an A in both classes.  Next quarter, I took five classes and made four As and a B. Eventually I transferred. I was on the Dean’s list every semester at University of North Carolina- Asheville and graduated in 1999 as a scholar in History, a University Scholar, and a University Research Scholar. I graduated with a Masters’ degree in history in 2002 from University of Tennessee, Knoxville.  In 2005, I accepted a tenure-track position at Roane State Community College in East Tennessee.  I jumped right in and worked as hard as possible and did whatever was asked of me.  From my first semester, until now, I have taught seven classes a semester instead of the required five to make extra money and classes in the summer as well.  And, you guessed it, I’ve also had part-time jobs all of that time. I work at a rural Appalachian community college where I try every day to help poor young people make something of themselves. I try every day to give back a little of what Boys Country gave me.

In 2009, I met the most beautiful Christian woman that has ever lived.  She was everything that a woman should be and all that I could dream of in a wife. We met at the college where I taught.  Bobbi graduated in 2010 and went to work as a kindergarten teacher that fall.  We have worked hard and now have a beautiful home and a great life with my stepson Brock.  I am blessed to have such a wonderful family and financial security at 47 years old.  I would love to tell every kid at BGC that they need to work hard, never give up and cherish the opportunity that God has given them. 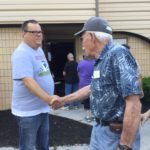 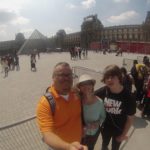 Every donation to Boys and Girls Country provides a home to children from hard places. Jesus asks us to take care of the least of these, and that is truly what little Casey Cobb was in August 1984. That scared little punk rocker is now a tenured professor, husband, and father.  Mamma Hill taught me what it was to feel safe and Papa Hill told me the truth: that life wasn’t fair and that I was going to have to work hard to survive.  I tell people all the time that Boys and Girls Country is a special place which gives kids heading to nowhere a chance to make something of themselves.