Alyssa and Jeremy Blossom In Their New Home

“For my father and my mother have forsaken me,
but the LORD will take me up.” Psalm 27:10 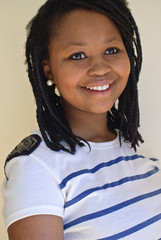 Alyssa is a bright and warm-hearted 13-year-old who loves her teaching mom and cottage sisters. She has received awards for service, and she is the most compassionate and kind girl in her cottage. But Alyssa’s early life was full of very hard times. When she first came to BGC, Alyssa only had boys clothes. She had been wearing a cousin’s hand-me-downs and was often mistaken for a boy. She was embarrassed about it, but her grandpa refused to buy her new clothes. She initially struggled with hoarding food and household items because she didn’t have these things consistently at home.

Alyssa and her brother Jeremy have been through everything you can imagine: abuse, food scarcity, losing both parents to drugs and jail, being passed from relative to relative and witnessing terrible violence. Alyssa has been abused by most of the men in her life.

They had met few trustworthy adults before arriving at Boys and Girls Country. Jeremy and Alyssa lived with their grandparents for several years before coming to BGC. Their grandparents found it increasingly difficult to care for them. Although they did the best they could, they created a situation where Alyssa was the parent to Jeremy and Jeremy was the favorite. The children resented each other, and their relationship was strained.

“Essentially, they have been abandoned,” explains Victoria Sharp, their Program Manager. “The grandparents don’t come to see them or call, and they have not been home for Christmas in three years. Without Boys and Girls Country they would be in CPS custody with the rest of their siblings.”

It took over a year for Alyssa to open up to an adult at BGC. One weekend she was by herself in the cottage and her teaching mom decided to make it a “full mommy/daughter” weekend. They got their nails done, saw a movie and spent a lot of time talking and bonding. Once Alyssa realized her teaching parents were trustworthy and weren’t going anywhere, she began to blossom. 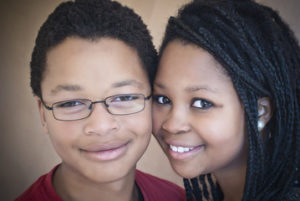 Jeremy and Alyssa now enjoy spending time together and often have dinner at one another’s cottage. They trust each other now that Alyssa doesn’t have to be the mom. Alyssa’s motto is “Always smile, no matter the situation. Keep smiling and it will get better.”

When you join our Family Tree, you provide loving parents to a child who has been living in crisis.